COEUR D’ALENE, Idaho, May 27, 2020 (ACCESSWIRE) — New Jersey Mining Company (OTCQB:NJMC) (“NJMC” or the “Company”) is pleased to announce the strategic expansion of its land holdings to include the Diamond Creek Rare Earth Element (REE) deposit in Lemhi County, Idaho.

The Diamond Creek REE Project covers approximately 421 hectares (1,040 acres) and is comprised of 52 unpatented mining claims. It is located in the Eureka Mining district, approximately 13 kilometers (8 miles) north-northwest of the town Salmon, Idaho.

The REE bearing veins of the Diamond Creek area are on the short list of the well-recognized and studied occurrences in the United States. In 1979, M.H.Staatz, of the U.S. Geological Survey (USGS) estimated an overall probable resource at Diamond Creek of approximately 70,800 metric tonnes of total rare-earth oxides, using an average grade of 1.22 percent (Table 1). Reported sample assays show REE oxide contents ranging from 0.59 to 5.51 percent. Additionally, three samples cut across one of the larger veins were assayed for gold, and contained 0.5, 2.4 and 11.9 grams per tonne (0.017, 0.07, and 0.348 ounces per ton).

NJMC VP of Exploration, Rob Morgan commented, “It is very rare to acquire a mineral property of this quality, especially one with a published potential resource originally outlined by the USGS and officially recognized as part of our national inventory of critical mineral occurrences. We strongly feel this property package holds potential well beyond the historic resource estimate and look forward to building upon the quality work completed by the folks at the USGS, Idaho Geological Survey and other companies.”

The REE mineralization at Diamond Creek is found in quartz veins over a large area approximately 3.2 km (2 mi) long and 0.8 km (0.5 mi) wide. After careful geologic interpretation, extensive review of historic reports and on-site analysis by Company geologists, the claim block was aligned to include the historic resource outlined by the USGS as well as including most of the remaining REE vein system. The Diamond Creek area was held almost continuously from the 1960’s until 2015 when REE prices plunged – allegedly due to China’s market manipulation as the world’s leading REE supplier – and domestic short-term money and political energy focused elsewhere.

The area was historically prospected for gold until 1949 when its unique geologic setting was recognized by the USGS and the Idaho Geological Survey. In the early 1950’s the U.S. government sponsored country-wide exploration for nuclear power related raw materials. This campaign resulted in the discovery of thorium in areas of Lemhi County, including the REE occurrence in the Diamond Creek area. The exploration efforts of the USGS and other agencies resulted in the inclusion of Diamond Creek into our country’s recognized critical minerals inventory. To further its efforts toward identifying domestic sources of critical minerals, the USGS has been conducting comprehensive mapping and LIDAR coverage of many areas, including the Diamond Creek area (and other areas of Idaho). Our appreciation of these services cannot be understated.

Mr. Morgan further commented, “At Diamond Creek we are building upon a valuable base of information, including the association of gold and REE minerals together. At Diamond Creek, the gold and REE’s occur within the same veins, but it is not clear if the gold is genetically related to the REE mineralization. Some of the mineral pulses have gold, thorium, uranium, niobium, yttrium and REE’s. Niobium and gold are possible by-products that would add greatly to the economics of the recognized deposits in Diamond Creek.

The geologic setting at Diamond Creek developed over millions of years of unusual structural dynamics. REE’s are volatiles, originating from differentiating deep igneous bodies that travel along deep-seated structures to the surface. Some of these structures are present in the Diamond Creek area and manifest themselves as veins hosted in billion year old, metamorphosed quartzites and granites. There are at least eight known veins and they range in width from 0.15 to 7.6 m (0.5 to 25 ft) in thickness. Vein widths appear best developed in the metasediments and can be traced on the surface for distances ranging from 33.5 to 780 m (110 to 2,560 ft). Down-dip extensions of these mineralized veins have never been sufficiently tested. Historical reports indicate two short core holes have been completed with some significant mineralization noted.

NJMC President and CEO John Swallow stated, “As we have discussed before; jurisdiction and location are everything if a project is going to retain a base of value. The global reactions to the events of the last few months demonstrated, with clarity, that the long dormant ‘defensive readiness/low-carbon future’ playbook was ready to pull down from the NJMC shelf. Fortunately, the presentation of this opportunity occurred after having achieved commercial gold production and consolidating a long-overlooked gold district. Furthermore, the breadth of our overall business experience in this industry, as well as the technology and the DoD sectors, tells us that the time for public/private partnerships with regard to strategic mineral use in future technologies, national stockpiles and mineral processing/milling is (finally) here. We look forward to applying our business, exploration, milling and mining expertise to a defined REE subset within the critical minerals sector.” 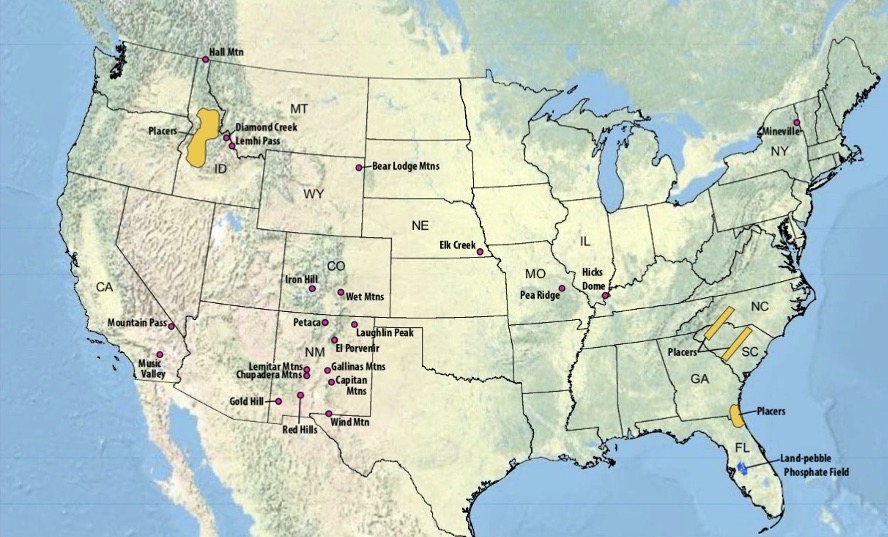 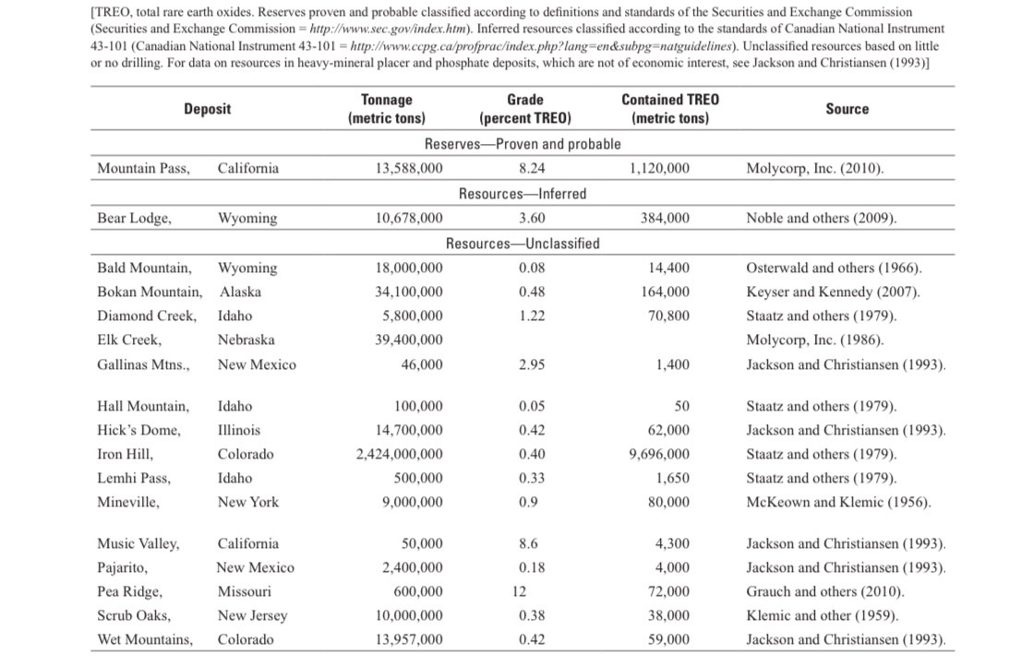 Headquartered in North Idaho, New Jersey Mining Company is the rare example of a vertically integrated operating junior mining company. NJMC produces gold at the Golden Chest Mine and recently consolidated the Murray Gold Belt (MGB) for the first time in over 100-years. The MGB is an overlooked gold producing region within the Coeur d’Alene Mining District, located north of the prolific Silver Valley. In addition to gold, the Company maintains a presence in the Critical Minerals sector and is focused on identifying and exploring for Critical Minerals (Rare Earth Minerals) important to our country’s defensive readiness and a low-carbon future.

New Jersey Mining Company possesses the in-house skillsets of a much larger company while enjoying the flexibility of a smaller and more entrepreneurial corporate structure. Its production-based strategy, by design, provides the flexibility to advance the Murray Gold Belt and/or its Critical Minerals holdings on its own or with a strategic partner in a manner that is consistent with its existing philosophy and culture. NJMC has established a high-quality, early to advanced-stage asset base in four historic mining districts of Idaho and Montana, which includes the currently producing Golden Chest Mine. Management is stakeholder focused and owns more than 15-percent of NJMC stock.

The Company’s common stock trades on the OTC-QB under the symbol “NJMC.”

For more information on New Jersey Mining Company go to www.newjerseymining.com or call:

This release contains “forward-looking statements” within the meaning of Section 27A of the Securities Act of 1933, as amended, and Section 21E of the Securities Exchange Act of 1934, as amended that are intended to be covered by the safe harbor created by such sections. Such statements are based on good faith assumptions that New Jersey Mining Company believes are reasonable, but which are subject to a wide range of uncertainties and business risks that could cause actual results to differ materially from future results expressed, projected or implied by such forward-looking statements. Such factors include, financial and operating results and estimates, future resource estimates, future business goals, competitive strengths, project development, or the Company’s ability to identify Critical Minerals and or Rare Earth Element demonstrating technical and economic viability, the risks and hazards inherent in the mining business (including risks inherent in developing mining projects, environmental hazards, industrial accidents, weather or geologically related conditions), changes in the market prices of gold and silver and the potential impact on revenues from changes in the market price of gold and cash costs, a sustained lower price environment, as well as other uncertainties and risk factors. Actual results, developments and timetables could vary significantly from the estimates presented. Readers are cautioned not to put undue reliance on forward-looking statements. NJMC disclaims any intent or obligation to update publicly such forward-looking statements, whether as a result of new information, future events or otherwise.