Idaho has two critical minerals belts: the Idaho Cobalt Belt and the Idaho REE-Th Belt. The Idaho REE-Th Belt runs subparallel to and is located 15 miles east of the better-known Idaho Cobalt Belt. The REE-Th deposits occur along a northwest trending zone measuring approximately 70 miles long by 8 miles wide. This belt possesses most of the REE lode occurrences in Idaho and covers portions of the Montana and Idaho border in the Lemhi Pass District in the southeast, up through IDR’s Diamond Creek Project in its center, and on to the Roberts Project in the Mineral Hill District, before crossing the Idaho-Montana border into the Sheep Creek occurrences in Montana. Along this 70-mile belt, IDR controls the Roberts Property in the northwest, the Diamond Creek Property in the middle; and its greatly expanded Lemhi Pass Property claim block in the southeast.

Early-day Cold War prospectors helped define the Idaho REE-Th Belt through participation in a nation-wide energy search for both uranium and thorium which was overseen by the Atomic Energy Commission, Department of Energy (DOE), Department of Defense (DOD) and others. During this time, many of our country’s REE deposits were identified and documented in several USGS and other agency publications. However, while their importance was recognized, REEs would not become a noted ‘critical mineral’ until now, decades later. The early-day geologic work helped delineate many prospects that eventually became listed by the United States Geologic Survey (USGS) – including Diamond Creek, Lemhi Pass and Roberts, among others.

Comprised of 2,800 acres of unpatented mining claims in the northwestern portion of the Idaho REE-Th Belt. Roberts is known mainly for its high sample grades to date, which include total rare earth oxide (TREO) samples as high as 21.5% TREO and 12% TREO. The mineralization at Roberts is the result of an unusual carbonatite seam and intrusive plug which are characterized by an exceptional REE concentration. REEs such as neodymium, praseodymium, and samarium occur in abundance.

Comprised of 1,040 acres of unpatented mining claims in the middle of the Idaho REE-Th Belt. Diamond Creek has a historic USGS resource which estimated 70,000+ tons of total rare earth elements at an average grade of 1.22% TREO. In 2022 we completed our first drill program at Diamond Creek, initial inspection of the core utilizing XRF analysis is favorable (see news release dated November 3rd) and we are still awaiting the official assays from the lab.

Comprised of approximately 7,600 acres of unpatented mining claims and state lease land, Lemhi Pass is located in the southeastern portion of the Idaho REE-Th Belt. Lemhi Pass is an expansive and highly prospective area covering many of the recognized historical prospects. In 2022, we focussed mainly on land acquisition and surface sampling over many of the different historic prospects. We believe that Lemhi Pass could easily be subdivided into five distinct “large-scale” projects/areas and we are in the process of further delineating these. 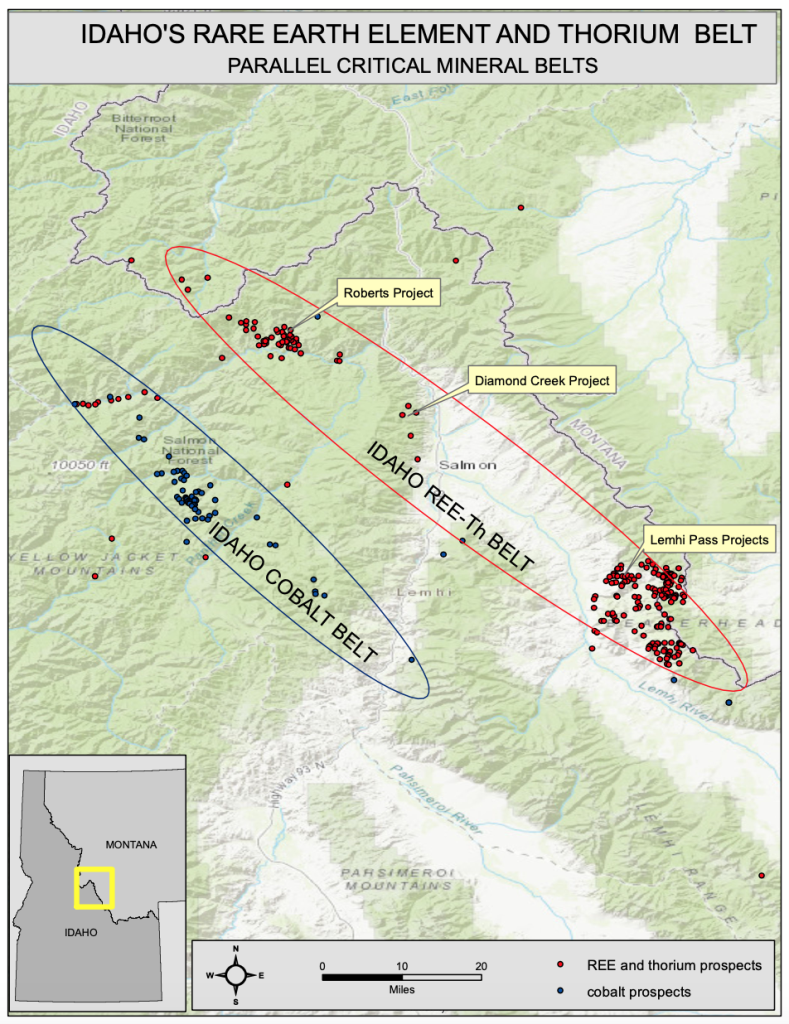 With the mass realization that mining is essential in order to accomplish the decarbonization goals that many countries, including the United States, have set for themselves, there has also been a realization that the sources of these minerals are becoming increasingly important. For years the world has relied on foreign sources, mainly China, for the vast majority of mining and processing of rare earth elements. However, the U.S. has publicly recognized the dangers this poses to our country’s low carbon future and national defense industry. For example, there are roughly 20-25 pounds of REEs in every electric vehicle and up to 2,000 pounds of REEs in every wind turbine, which make up the critical permanent magnets used in the motors of both. Furthermore, an increasing amount of high tech military equipment from precision guided missiles to our F-35 fighter jets, which each contain nearly 1,000 pounds of REEs, are reliant on different combinations of the 15 critical elements. It is our company’s belief that significantly more rare earth elements will need to be mined at least once before they can be recycled, and the best place to mine rare earth elements is in the United States where it can be properly regulated and relied upon. 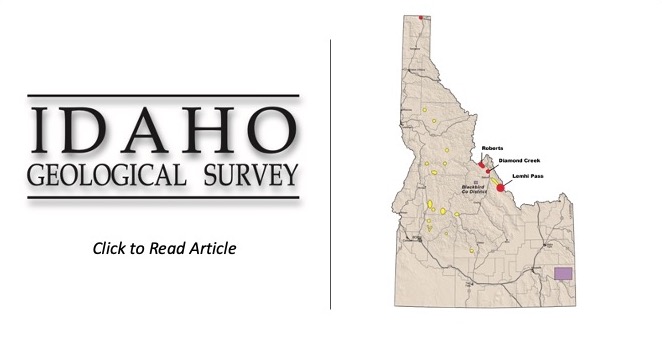 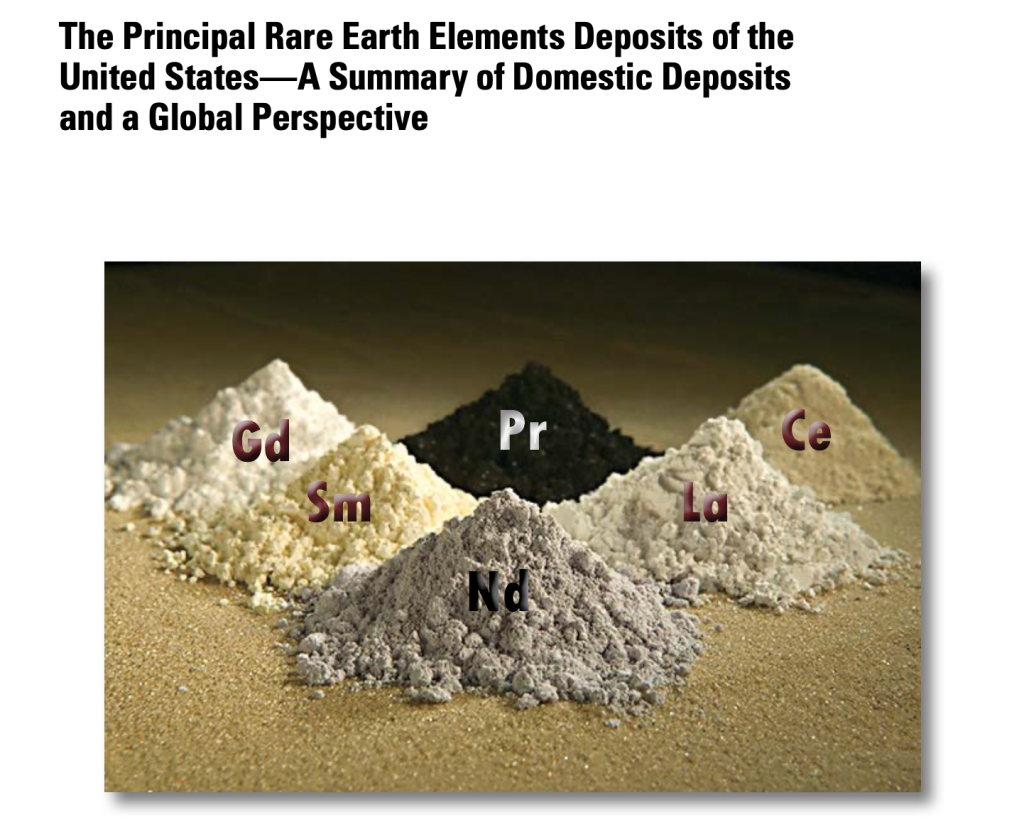 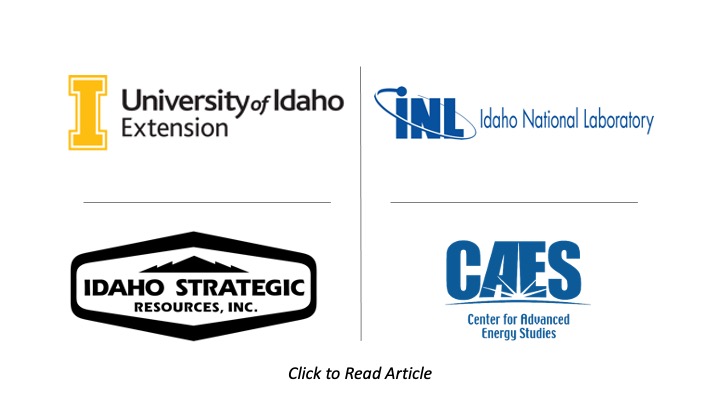