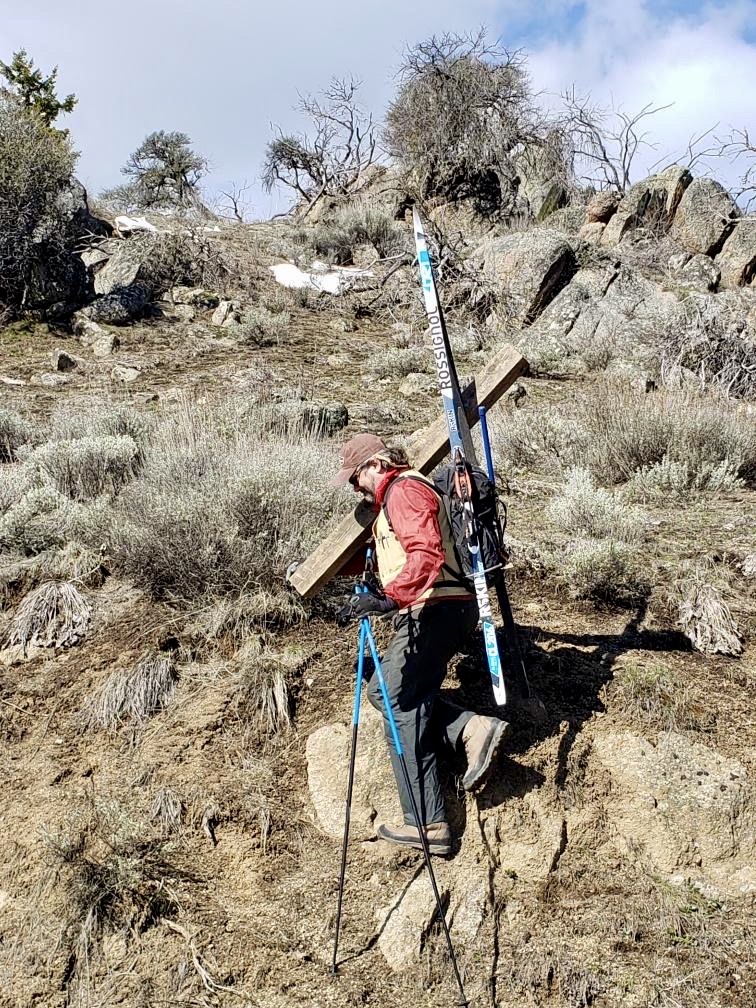 The Roberts Rare Earth Element Project is comprised of 63 unpatented mining claims covering an area of approximately 425 hectares (1,051 acres). This Project is located within the Mineral Hill Mining District, approximately 48 kilometers (30 miles) northwest of Salmon, Idaho. In Idaho, most of the lode REE occurrences lie along a northwest trending line that extends from Lemhi Pass, through Diamond Creek, to the Mineral Hill district, before crossing the Idaho-Montana state line. This lineament stretches more than 50 miles across central Idaho. The Roberts Project is on this trend and is the next best REE mineralization northwest of IDR’s Diamond Creek Project.

The Mineral Hill district was historically prospected in the early 1900’s for gold and copper. Rare earth element (REE) mineralization was first discovered in the early 1950’s. Studies conducted by A. T. Abbott (1954) and A. L. Anderson (1958) from the Idaho Geological Survey, and E. P. Kaiser (1956) with the USGS, pioneered recognition of these REE occurrences. Abbott reported cutting a 2.5-foot sample across the Roberts Lode which returned 21.5 per cent combined rare earth oxides and thoria.

The REE mineralization at the Roberts Project is associated with a unique group of igneous intrusive rocks known as carbonatites. Carbonatites are carbonate rocks sourced from magmatic origins, with primary carbonate compositions exceeding 50%. The Roberts Project contains three of the eight known carbonatite occurrences within the Mineral Hill District. The first carbonatite can be found in a northwest-trending seam which measures approximately 400 meters (1,300 feet) long and 90 meters (300 feet) wide; the second occurrence occurs as a small carbonatite plug, measuring about 200 meters in diameter.

The unusual carbonatite seam and intrusive plug occurring on the Roberts property are characterized by an exceptional REE concentration. REEs like; neodymium, praseodymium and samarium occur on the property in abundance. Similarly, as with IDR’s Diamond Creek project, REE’s are not the only valuable commodities; gold and niobium may also be profitable by-products. Recently collected samples at the Roberts property, by company geologists, from show assays with gold values up to 8.8 grams per ton (0.25 ounce per ton) and niobium as high as 0.50 %.

The REE commercial potential of the Roberts prospect, and the other Mineral Hill district carbonatites, was recognized in the early 1950’s, however there was no demand for REE’s then; but that has recently changed due to its new uses in high-technology defense and clean renewable energy. The carbonatite deposits found at the Roberts REE Project most likely occur from deep seated systems, with their geochemistry suggesting these roots are tapped into alkaline intrusive bodies; which significantly boosts the potential for a REE deposit to be found at depth in Roberts’ area.