It has long been Idaho Strategic’s philosophy that in order to better predict the future and therefore recognize opportunities, one must begin by understanding and comprehending history. Following the Manhattan Project and the successful production of nuclear weapons in the 1940’s, the United States began a nationwide search for radioactive elements including Uranium and Thorium. The subsequent research led to a competitive race between the two elements in which Thorium lost due to its lack of Plutonium as a waste product. At the time, the Plutonium waste product from Uranium fuelled reactors had value as the U.S. was entering the Cold War and focussed more on building up its nuclear arsenal rather than its low carbon energy production.

Now that the first nuclear era has largely ended, we are witnessing the beginning of the U.S.’ second nuclear era that is more focussed on low carbon energy production in the safest way possible, leading to a renewed interest in Thorium as our country’s preferred source of nuclear fuel. As an Idaho-based company with our country’s best interest in-mind, we have strategically acquired the Lemhi Pass Thorium/REE property in anticipation of the coming demand for both Thorium and REEs. Throughout the 1950s, Lemhi Pass was widely explored for Thorium and is regarded by the Atomic Energy Commission and the USGS as the largest concentration of Thorium resources in the country.

The image on the right is a photo of Alvin Weinberg, nuclear physicist and former director of Oak Ridge National Labs (ORNL), celebrating the 6,000th hour of continuous power generation from their experimental Thorium Molten Salt Reactor (TMSR) in the 1960s. Weinberg was well known as an activist for Thorium fuelled reactors and the Molten Salt Reactor technology. The main benefits of the Thorium Molten Salt Reactor is that it is substantially safer and more environmentally friendly than many traditional nuclear reactors. The safety benefits of the TMSR are due to its lack of pressure while in operation, which reduces the chances of an explosion considerably. It is also noteworthy that the TMSR technology requires the fuel to be in a liquid state, which largely eliminates the meltdown risk we see with traditional reactors. This is because if the TMSR loses power/cooling capabilities, the fuel solidifies causing the reaction to shutdown. The environmental benefits of the TMSR are due to its reduced water requirements, superior fuel utilization, and lack of a plutonium waste-product. In general, it is believed that the TMSR reactors are more efficient at using its fuel during operation resulting in a smaller waste stream with a shorter radioactive lifespan that does not include plutonium, which means the TMSR waste is much more proliferation resistant. More information on the TMSR technology can be found at the Thorium Energy Alliance webpage and by reading the Super Fuels book by Richard Martin. 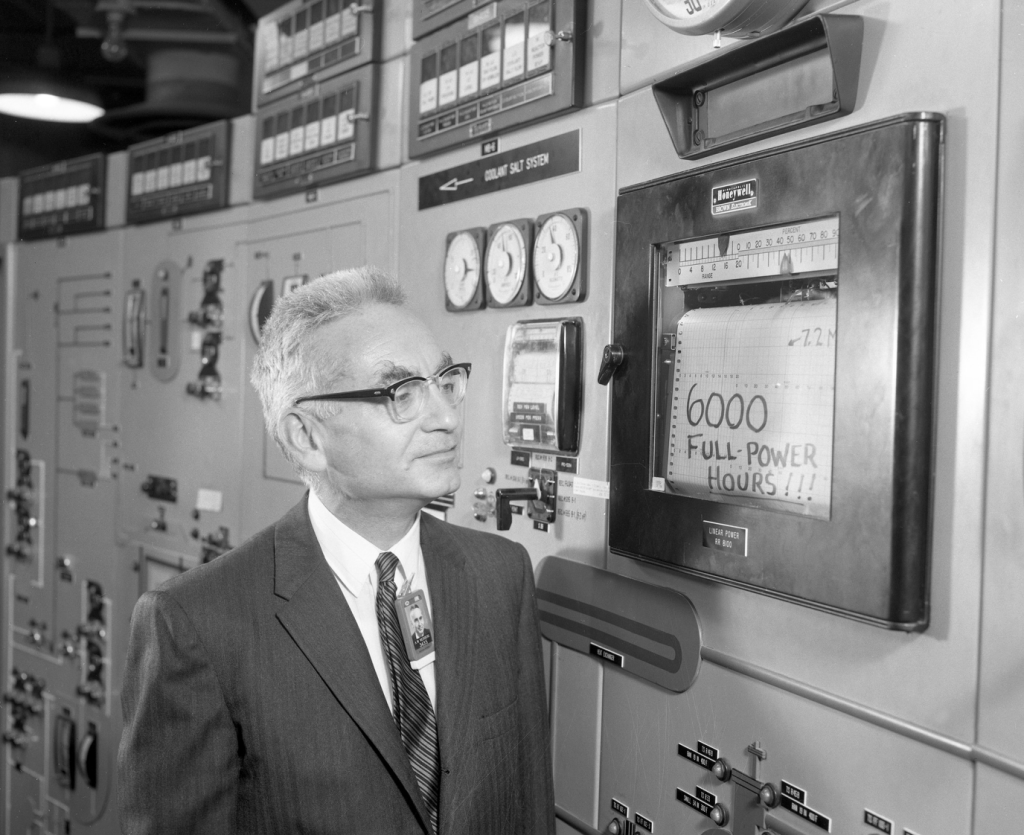 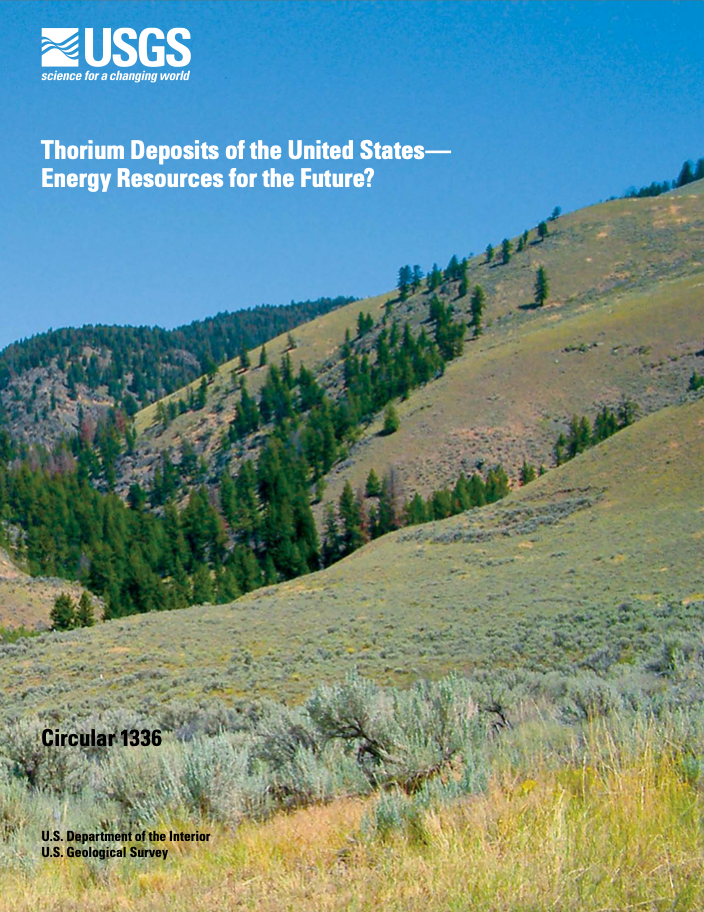 Lemhi Pass is on the Cover

The Lemhi Pass area in central Idaho and parts of Montana is well-known and reported by the United States Geological Survey (USGS) as the largest Thorium resource in the country. The USGS published the report (shown in the photo on the left) titled Thorium Deposits of the United States – Energy Resources for the Future?, circa 2009, in which they report on the Thorium industry as a whole and our domestic sources. According to the report, “Lemhi Pass has 219 mapped veins enriched in thoria and REEs”, which run within the 70-mile long Idaho REE-Th Belt. Staatz reported that “the thorium veins are most often enriched in the middle REEs (especially neodymium), with some veins apparently enriched more in the heavy REEs” (Staatz, 1972a, p. 76–77). Recent analytical work by the Idaho Geological Survey and industry (Thorium Energy in 2008; Idaho Energy Resource Company in 1991) has confirmed the overall thorium and REE levels along with the unusual middle REE-group enrichment in the veins which is consistent with recent IDR sampling.

Thorium Deposits of the United States – Energy Resources of the Future?