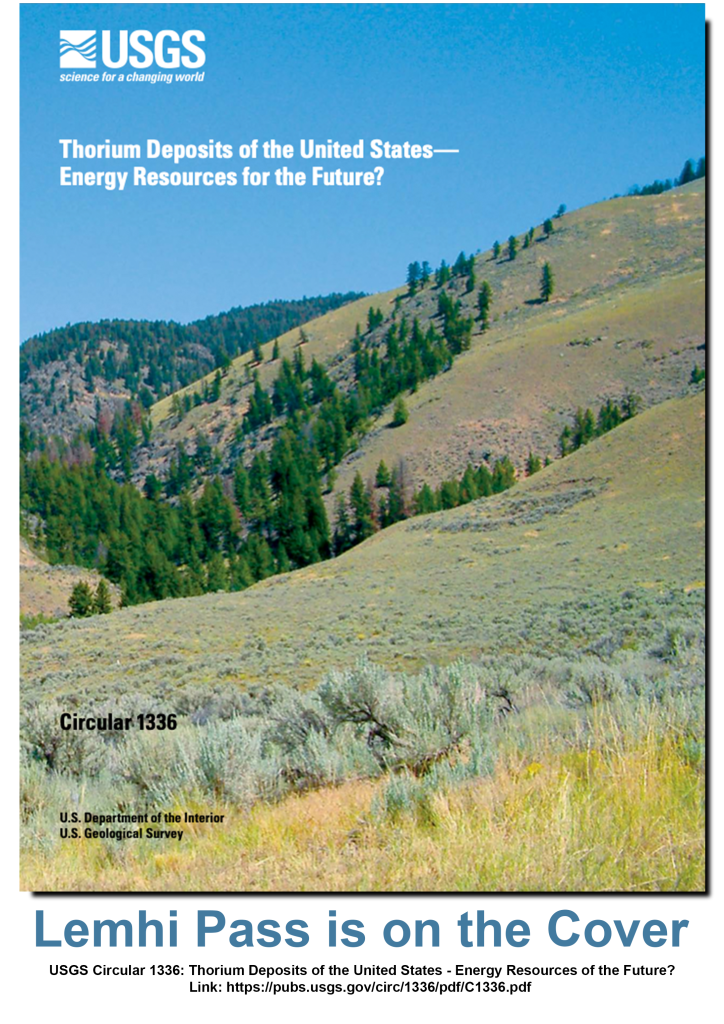 It has long been Idaho Strategics’ philosophy that in order to better predict the future and therefore recognize opportunities, one must begin by understanding and comprehending history. It is our belief that there are few short-cuts for the time and dedication required of this philosophy as witnessed by our rediscovery and subsequent multi-year consolidation of the long forgotten and prolific Murray Gold Belt portion of the Coeur d’Alene Mining District. Our ‘standing on the shoulders of those that came before us’ approach helped us to not only anticipate the acceleration of certain societal turning points; it led us to stake our Idaho-based and Nationally recognized Diamond Creek and Roberts Rare Earth Element properties at the beginning of the COVID-19 pandemic. With our understanding of Idaho and U.S. history, and the reality of the United States’ (and almost every other country’s) rush toward decarbonization, Idaho Strategic has also added a major portion of the Lemhi Pass District in central Idaho, “thought to be the largest concentration of Thorium resources in the United States1”, per the U.S. Geologic Survey (USGS).

Thorium is considerably more environmentally friendly and a safer nuclear fuel source than Uranium. Since the U.S. began experimenting with Uranium during WWII and the subsequent Cold War, Thorium was quickly discovered as the ‘better’ choice from a low-carbon and safety standpoint. The catch however was that Thorium is unable to be weaponized due to the lack of Plutonium waste created during processing. At the time, during WWII and the Cold War, the U.S. needed Plutonium and therefore chose Uranium as opposed to Thorium for their nuclear power/nuclear weapons needs2.

Fast forward to today, the weaponization of Uranium is not as much of a necessity and the United States has begun to shift its focus to low-carbon energy production. With President Biden’s plan to drastically shift the U.S. toward electric vehicles3, requiring much more power from our current electricity grid, and the United Nations’ climate goals to reduce global warming to less than 2 degrees celsius4 annually; we believe Thorium is in the beginning stages of being “rediscovered” as a potential source of high output/low risk energy to work in concert with wind and solar power.

Domestically, Thorium and Uranium nuclear fuel investment has begun to pick-up. In December of 2021 Clean Core Thorium Energy, Texas A&M, and Idaho National Laboratory (INL) fabricated the first sample pellets of ANEEL (Advanced Nuclear Energy for Enriched Life) fuel, which combines Thorium and HALEU (High-Assay Low-Enriched Uranium) to create a next generation nuclear fuel. ANEEL is designed to operate in certain types of existing reactors (PHWR reactors) to reduce waste up to 80%, as well as minimize cost and eliminate nuclear proliferation5. The fortunate serendipity of our Thorium land package at Lemhi Pass is that it is relatively close to Idaho National Laboratory’s Advanced Test Reactor (ATR), the world’s premier nuclear test reactor, per INL website6. In addition to its close proximity to INL, Our Lemhi Pass Thorium project is close in proximity and geology to our central Idaho Rare Earth Element properties, Diamond Creek and Roberts. As noted in a number of USGS and other publications, Lemhi Pass itself is believed to contain Rare Earth Elements that have the potential to be produced as a byproduct of Thorium production. END_OF_DOCUMENT_TOKEN_TO_BE_REPLACED 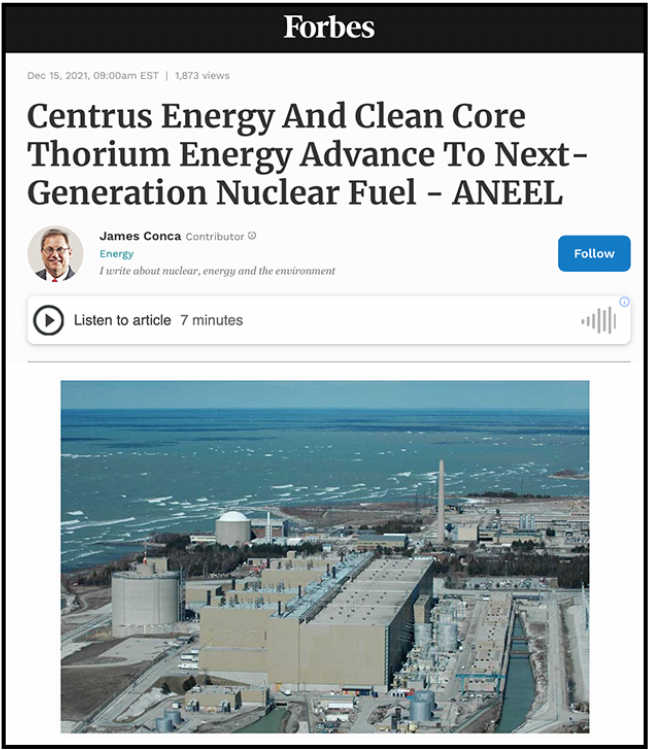 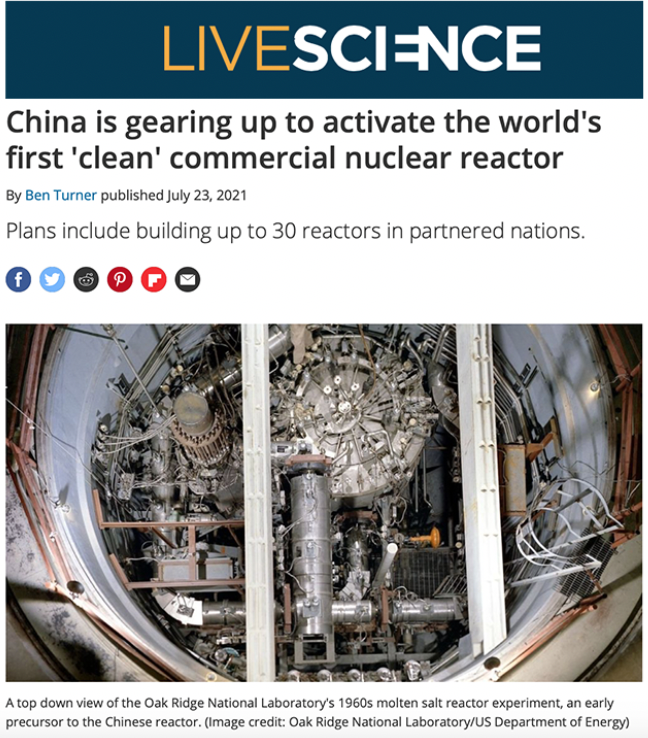 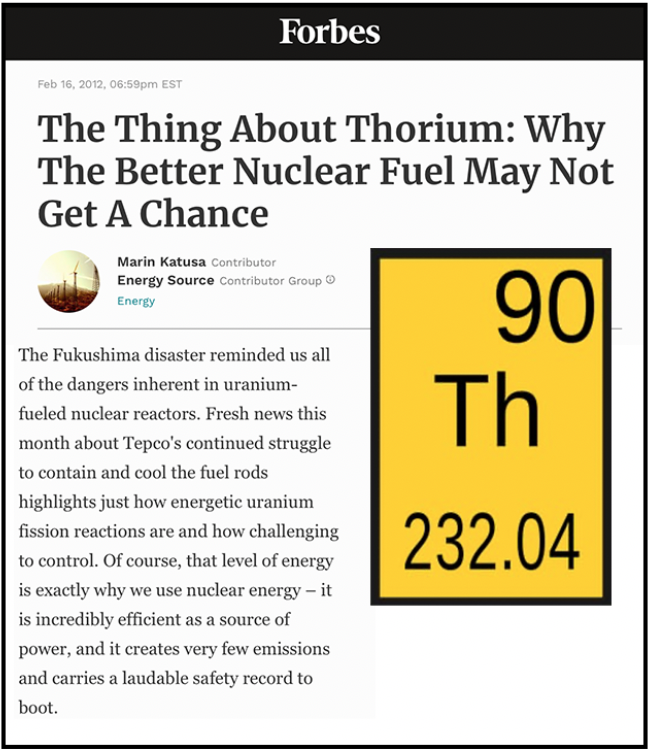